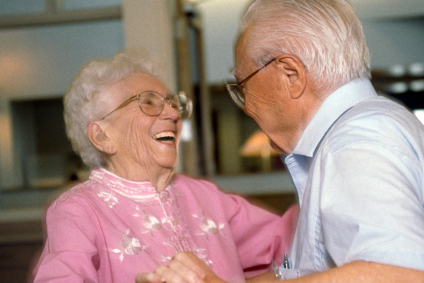 What is Social Security?

Originally planned as a social insurance program designed to pay retired workers aged 65 and older a continuing income, a number of changes have been added over the years to make the program more comprehensive.

Workers acquire credits towards Social Security benefits through payroll taxes collected throughout a person’s working life. The final level of benefits received is directly related to the lifetime earnings of the worker.

For example, if someone worked sporadically or for low wages, the final benefit would reflect this. If a worker was unemployed for a period of time, no contributions would have been made because no payroll taxes were collected. This would lower the total lifetime earnings.

What is covered by the Social Security Program?

Several changes have been made over the years to make the Social Security program more responsive to the needs of a changing population. The law was amended to extend payments to spouses and minor children of a retired worker. Survivor benefits were approved to cover beneficiaries in the event of premature death of the worker.

Other allowances were written into the law to cover disabled workers aged 50 – 65 and disabled adult children.

These figures point to a sobering reality for people facing retirement. The average retiree will have to plan carefully to make the new lifestyle fit a reduced income.

Many retirement planners refer to retirement income as a three-legged stool: Social Security benefits, traditional company pensions and personal savings and investments. While past retirees and could depend on Social Security payments alone or a generous company pension, prospects for the next big wave of retirees, the Baby Boomers, seem less rosy. Generous pension plans are being replaced by self-funded 401-k and 403-B plans.

The overburdened social security system may be faced with reduced benefits, means testing (basing benefits on adjusted gross income) or higher eligibility ages. These developments mean that retirees will have to craft their own retirement strategy focusing on saving, investing and adjusting ones expenses and lifestyle. What steps can be taken to ensure financial well-being and independence in retirement?

When Should You Start Getting Social Security?

If you were born in… Your normal retirement age is…

If you put off taking your benefits until you have passed normal retirement age, you will get an increase in your monthly Social Security check. For example, you were born in 1944, your normal retirement age is 66, but you delay taking Social Security payments until age 68. By waiting the extra two years (24 months), you get a credit of 8% for each year or 16%. Your credit will be 16% higher than you would have gotten at age 66. Again, this is a permanent lifetime increase.

If You Decide to Keep Working

If Social Security withholds some of your benefits because you continue to work, you will get a higher monthly benefit amount when you reach your full retirement age. If you would like to work and earn more than the exempt amount, it will not, on average, reduce the total value of lifetime benefits you receive from Social Security—and may actually increase them.

After you reach full retirement age, the Social Security administration will recalculate your benefit amount and you will get credit for any months in which you did not receive some benefit because of your earnings. In addition, as long as you continue to work and receive benefits, the Social Security administration checks your record every year to see whether the additional earnings will increase your monthly benefit.

Deciding Whether to Take Benefits Early

Consider waiting to take benefits if…

For further information about retirement and your Social Security benefits, go to www.ssa.gov.