Talk of a looming crisis in social security, whether that crisis is predicted to come to a head in years or decades, has become more and more common. Whether or not the predictions of doom turn out to be true, there is little doubt that social security retirement income is often inadequate. 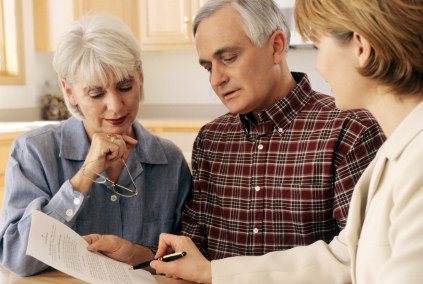 Regardless of whether the future of the system involves catastrophic failure or continuing inadequacy, the sense that there is something wrong with a government system on which so many depend makes it especially important to understand what retirement accounts are all about.

Broadly speaking, a private retirement account in the United States is either an Individual Retirement Account (IRA) or an employment-related plan known as a 401(k).

IRAs were created in 1974 as part of the Employee Retirement Income Security Act. They were followed by the addition of section 401(k) to the Internal Revenue Code in 1978, which created a mechanism for employers to establish retirement plans that offered them considerably more flexibility and significant cost savings over the traditional “defined benefit” plans that had previously been their only available option.

Both types of retirement accounts have evolved since their inception and they are now available in a number of different flavors to suit specific needs and goals.

The key feature that distinguishes IRAs from other retirement accounts is that they require absolutely no participation from a taxpayer’s employer. In essence, they allow an individual to contribute cash or cash equivalents to a special account up to certain limits. For individuals up to 49 years of age, the amount cannot exceed $5,000 per year. Individuals over 50 years of age can contribute up to $6,000. The treatment of that special account depends on whether the IRA was set up as a Traditional IRA or a Roth IRA.

401(k) plans are employer-sponsored plans that allow employees to have a portion of their earnings put directly into a retirement account. Maximum annual contributions are higher than those permitted for IRAs, with limits of $22,000 for employees age 50 and above and $16,500 for younger employees.

Employers have the option of contributing to their employees’ 401(k) retirement accounts. In that case, the combined contributions of employer and employee cannot exceed the lesser of $46,000 or 100 percent of the employee’s salary.

While the plans themselves are managed by the employer, the vast majority of 401(k) accounts are “self-directed.” Self-directed plans offer employees a menu of investment options from which to choose and employees can reallocate their funds among those options as they see fit and as their needs change.

In some respects, 401(k) plans parallel IRAs. For example, they offer the same “traditional” versus “Roth” option.

In addition to the contribution limits discussed above, some retirement accounts are subject to limitations on the earnings of participants.

Additional restrictions come into play with respect to the ability to access retirement funds prior to retirement. IRAs can be tapped for the down payment on a home, for educational expenses and for medical bills, and the regulations are generally more flexible than those governing 401(k) plans.

On the other hand, 401(k) plans allow for borrowing from the account if the employer has made provision for this. IRAs offer no such option, but a Roth IRA allows its owner to withdraw the full amount contributed since taxes have already been paid on those contributions.