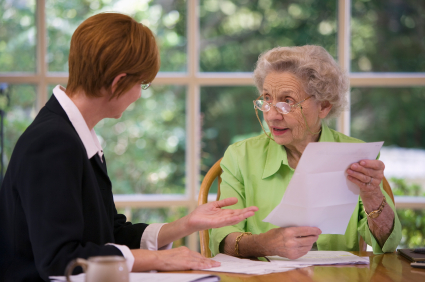 The truth of the matter is that, with today’s worrisome economic situations, Americans are becoming more confused, worried, and bothered about their retirement income. Social Security is less reliable than before, and may one day be completely empty for future retirees. The shining light at the end of the tunnel is that there is hope. There will always be a variety of sources to boost retirement funds, although not necessarily in the form of a check mailed straight to you by the government.

It’s All About Location
Many retirees are finding themselves moving to a new place of residence when the time comes around. Why is that? Well, the power of the dollar, unlike what some may believe, varies from location-to-location.

For example, large metropolitan areas such as New York, Las Vegas, or Los Angeles might not be friendly to your social security fund, while smaller towns such as Topeka, Kansas, Amarillo, Texas, or Springfield, Illinois usually give more “bang” for your buck. Cost of living does vary by parts of the nation, and the more rural Southern United States tends to be chalk full of small towns that simply don’t have rates of inflation like the Northeastern quadrant of the country.

There are even large metropolitan areas that will treat your dollar a little more kindly than others. Someone who lives in San Antonio, Texas, for example, only has to earn $22,000.00 a year (according to BankRates.com) to maintain the same standard of living as another person who brings in $50,000.00 a year in Manhattan, New York. This means that if your retirement income, for some reason or another, dipped down to $22,000.00 in San Antonio, you would still be in the same financial situation as before, albeit in a different city.

Hobbies That Cash In
Everyone has their favorite pastimes, whether or not they like to admit it. Some retirees enjoy building replica aircraft models, others like to tell people how to renovate homes. Whatever your favorite thing is to do: use it towards generating a passive, residual retirement income. With the advent of the internet, telecommunications, and what people are calling the “digital age”, sharing your passion with others to generate income has never been easier.

Websites such as www.Youtube.com enable retirees to share their hobbies with the world, and with that sharing comes revenue. After all, advertisers are willing to pay to show their ads on your shows, blogs, or website. Why not upload a video showing everyone how you hollow out a canoe, or post a blog entry about the best exercises for elderly people?

Services such as Google AdSense will pay you for everytime someone visits an advertisement they post on your video/site/article. Doing what you love while getting money is always a fun form of extra retirement income.

Make your Social Security Fatter!
Oh boy. We all know it: Social Security is tanking. Unless you have been hiding under a rock, you probably have realized that younger (working) Americans aren’t paying enough taxes to support older (retired) Americans. Now, without getting to involved in the political aspect of it, we can still maximize that weekly government check you love to see in the mail.
The more you work, the more you get. Since the system was designed to reward those hardworking Americans who simply want to enjoy their elderly years, it is setup to give more money to those who worked more years. Try to fulfill the full 35 years of earnings. If you worked more than 35 years, let’s say 40, then the government will throw out your “wost” 5 years and calculate your Social Security benefits based on those best 35. However, if you have not worked 35 years, try to reach that point so as to maximize your years of possible earnings.

A second way to increase payout is not only by working more years, but by delaying your Social Security application.

If you for some reason believe you won’t live too much longer after age 70, then feel free to immediately sign up at 62 so as to maximize your potential. Usually, however, it is much better to delay.

Take Advantage of Employer-Based Plans
This section is particularly useful to those who still haven’t retired yet, but retirees may learn a little something too. The most effective form of retirement income, says experts, are plans set up by places of employment. This is especially important to look at when considering any company to work for (even part-time while retired), because its essentially free money! Oftentimes employers will match any funds you put into your retirement account with company stock, which isn’t a bad deal at all (considering you are receiving a share of that company at no cost).

Always put the maximum amount of your revenue from that company straight into your employment-based retirement account. Plans that offer interest and build upon your nest egg are just ways of giving you free money for retirement, which are excellent deals!

However, if any of these funds are withdrawn prior to permanent retirement, penalties of all sorts will rain down from the heavens to downsize your nest egg (not to mention the government will have its share). So, invest the maximum into your employer-based plans, and keep the money in that account! Eventually it will get back to you, but liquidating retirement funds is simply a foolish way to go about investing.

Thoughts to Carry With You
Take advantage of the little, often hidden, ways to bring in income when your time comes to retire. Social Security may tank soon enough, and if it does be sure to be prepared with strategies to inflate your revenue, such as:

There are numerous ways to fatten your post-retirement income, but many will often overlook these options in favor of the mass reliance on Social Security checks, Roth IRAs, and hopeful inheritances. When times are tough a little can go a long way, and it will never hurt to be more educated about your future retirement income sources.