Retirement Age and Its Impact on Workers

Are you planning to retire? When?

These are questions that, until recently, no one thought to ask. It was once expected that every worker would retire, most likely right on schedule, and enjoy their ‘golden years’ pursuing personal interests like travel or further education. Not so today. In fact, not since the Industrial Revolution have so many workers opted (or were forced by circumstance) to work far beyond the age that had become the predicted end of one’s work life. 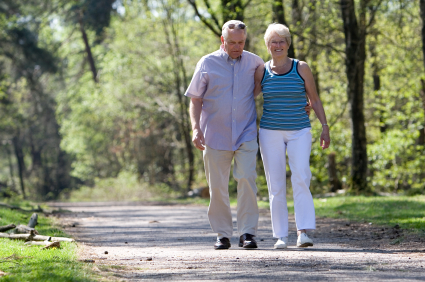 According to Mary-Lou Weisman, in an article in the New York Times, retirement as we know it today came about because older workers refused to step aside and let younger workers have the jobs. It was determined that the only way to get workers to leave off working was to somehow pay them not to work, and out of this was born the Social Security Act of 1935, which required workers to contribute to a fund for their retirement. Today, the reality is that while many people do want to quit working, many yactually want to keep working for their own reasons, some of which have nothing to do with need. The Boomer generation is well known as risk taking and creative, as well as adventuresome, and for many of them, continuing to pursue careers is important.

The original concept of retirement and the precedent for the idea that a government should pay for the welfare of older workers came from Otto Bismarck, first Chancellor of German Empire. Remarkably similar to the later American Social Security Act, it called for contributions from the workers themselves, with another contribution from the German Federal Government. While it sounds extraordinarily forward thinking, the reality is that life expectancy at the time (1883) was closer to 45 years, so establishing the benefit for unemployed persons over the age of 65 was more of a public relations coup than a real drain on the government.

At any rate, the idea of stopping work at age 65 can be traced directly to Bismarck’s social programs.

Countries of the developed world have universally adopted the idea of caring for the old, and over the decades, these governments have begun to feel the financial strain of a growing retired population.

Governments are seeking new solutions to the problems of supporting retirees with a shrinking base of current workers. Given that in most developed countries, population is shrinking due to increased use of birth control, so this problem, left unchecked, could reach crisis proportions.

AARP’s Public Policy Institute has performed extensive research on this modern problem, discussing the possible changes that could lead to greater financial health for funding of old age insurance in every country. Sara E. Rix, of the AARP economics team, found that, in order to maintain healthy ratios between the number of workers paying into retirement funds and the number of workers receiving pensions, workers would have to remain in the workforce, in some cases, as long as age 77.

Governments everywhere are grappling with how to maintain pension funds, and many are gradually raising retirement age. In France, even young workers are protesting the proposed raising of retirement age from 60 to 62. Rules in place in Greece’s economy, such as those providing very early retirement to workers in hazardous jobs as well as to hundreds of thousands of public employees, coupled with Greece’s other current economic woes, threaten to bring down the whole system.

Partly in recognition of the fact that people are working longer, often stemming from a desire to keep active and creative, and partly in order to help keep the Social Security fund in good economic health, the standard age of retirement in America has been going up.

Sixty-five years of age used to be the standard, the age at which you could collect all the benefits to which you were entitled. For people born in 1960 or later, that age will be going up to 67, so those very late Baby Boomers will have to find a way to keep working. The good news is that for every extra year that workers keep working (and paying into the system) the better able the Social Security Administration will be to provide those vital retirement benefits when the time comes.

Adjustments to the Social Security Act were passed in 1983 that called for this increase in the standard retirement age from 65 to 67. Before the advent of the increased ages for US workers, which is the stage we are in now, many workers took early retirement. The reduction in benefits for taking early retirement was not as significant then as it will become in the next few years.

When are you going to retire? The way people work today has changed dramatically, and so has the ‘option’ to retire. Once a worker took a job out of school, advanced in the company according to his or her talents, and at 65 could expect at least a gold watch and a pension. Many retirees enjoyed benefits from working a lifetime for a single company, and built a solid retirement out of a lifetime of employment. The downside was that many of these companies required a person to retire at age 65. In a time where a worker was worn out by the 6th decade, this made sense. However, with today’s boomer generation, all bets are off.

Today’s generation of 60-somethings are not like their parent’s generation. This is the Woodstock generation, after all. These people became entrepreneurs and experts in reinvention of the self. And even if most of that generation ‘went straight’ after 1980 or so, they universally had a bolder spirit than their parents, not settling for (or even seeking) that security of employment that former generations expected. Expectations have changed.

If you are counting on Social Security to support you in your old age, it makes sense to decide at just what age you would like to bow out of the workforce. You must consider many variables, most importantly your own health conditions and life expectancy, your personal financial health, and your desire either to quit or continue working. You will find a great deal of information on your options and requirements at http://ssa.gov/, the home page of the Social Security Administration.

One Response to Retirement Age