Do you have a clear picture of just what your specific retirement wishes are? If so, you are most likely one of those excitedly counting down the days until you can say goodbye to the 9 to 5 work world and enter a whole new phase of your life.

For many, though, the supposedly “golden years” are approaching far too quickly. This often has more to do with the fact that they are not prepared mentally, emotionally or financially than with the expected adverse reaction to aging and retiring. 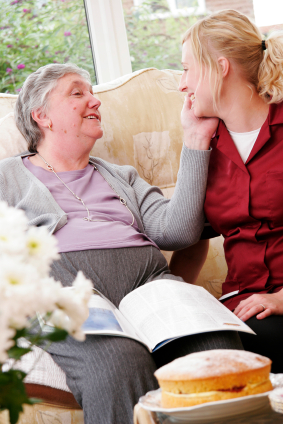 When the baby boomers started hitting retirement age a couple years ago, it was estimated that it was at the rate of 365 per hour! Never before has there been such a large generation moving toward retirement, and industry analysts, talk show pundits and politicians have been speculating about the effects on the economy for years.

As individuals, though, baby boomers have approached this time just like the generations that came before them. Their thoughts have focused on what it was going to mean to them, personally, rather than as a member of some demographic group. Where would they live? Would there be enough money? What about healthcare?

It is fairly safe to assume that most, if not all, future retirees share many of the same concerns. Some have been prudent and planned ahead, while others did little to prepare. Many have had their savings and, with them, their retirement dreams postponed, if not totally derailed, due to the stock market plunge a few years back and to the more recent chaos in the economy.

It still comes back to vision and planning. Those who took the time and made the effort to focus on what it would take to turn their retirement wishes into reality have a far brighter outlook and, barring unforeseen circumstances, have a much greater probability of the years ahead being happy and fulfilling.

The good news is that, even if you don’t feel like you are prepared for the next stage in life, it’s never too late to change that. If you are fortunate enough to be embarking upon this coming adventure with a significant other, find some time to sit down and start seriously thinking about some of the following questions.

Everybody Wants to Move to Florida…Right?

This is probably the most discussed and agonized-over topic related to retirement. For years and years, those approaching retirement could not wait to sell the home they had lived in for most of their adult lives and move to Florida. What’s not to like about the idea of sunshine every day and not having to shovel so much as a teaspoonful of snow ever again?

Unfortunately, everyone’s dream of living happily ever after in the Sunshine State all too often turned out to be more of a nightmare. Leaving behind family and friends is difficult at any age, but it can be especially traumatic for senior citizens. Even the loss of familiar streets, grocery stores, churches, doctors and other aspects of “home” are far more significant that one might expect. Because of this, many couples ended up cutting their losses and moving back to their hometown.

Most retirees live according to a fairly fixed budget, and making a second move is extremely expensive. A useful suggestion for those facing this decision is to spend as much time as possible in the location that you are considering. Just visiting for a long weekend or even a week will feel like a vacation. It is important that you find a larger block of time, preferably a month, at a minimum. If you can stay longer, that would be even more useful. You may decide that it isn’t what you hoped — or you may find that you never want to leave! Either way, it will be time well spent.

Do We Have to Move to Retire?

It has been something of an epiphany for many folks to realize that the place they most want to spend the rest of their life is exactly where they are. This can be a truly liberating feeling. It may sound exciting to strike out and start all over in a brand new place, but it also carries a lot of anxiety. Retiring in place is far easier, and there is the benefit of knowing that the support system that has been developed for perhaps a lifetime will still be there. This is no small thing as we get older and increasingly require more assistance.

Whether staying put means literally staying in the same house or moving to a nearby condo or senior community, the cost will still be less than relocating to another part of the country. However, this certainly doesn’t mean that you can’t see new places. All of that money you saved on moving expenses can fund quite a bit of travel!

But What Will We Do With All of That Time?

Even those who spend a lot of time talking about how they cannot wait to retire have their share of niggling thoughts about how they are going to fill their time, once they have a whole lot more of it. Couples become apprehensive about all of a sudden being thrown together 24 hours a day, when that has never been the pattern in their relationship.

These are not trivial concerns, and waiting until retirement is not the time to address them. Likes and dislikes are not likely to change at this late date. Spend as much time as possible discussing those activities that you enjoy sharing, the travel destinations that are close to the top of each of your lists and the things that you want to pursue that will not necessarily include the other. Unrealistic expectations can create unnecessary problems. Making the effort to communicate before retirement will pay off in more ways than you can imagine.