Our parents’ generation treated the approach of an employee’s retirement day with dignity and solemnity. When a long-time employee retired, he was honored with a gold watch and a hearty handshake. He would punch his last time card, dodder home and fade into the sunset. 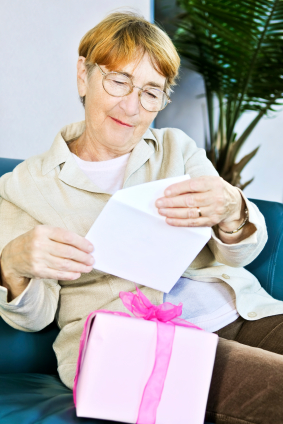 Cards given in those days emphasized an ending to a long and respected career. They would not be congratulatory in a sense of someone finally having time to relax and enjoy themselves, but rather an almost melancholy acknowledgment that the person’s years of usefulness and loyal service unfortunately were at an end.

Luckily for boomer retirees, we have left behind the notion of retirement as a dreary endpoint. Celebrate!

In the twenty-first century, people may retire and leave a company’s payroll, but it doesn’t always mean they are abandoning the workforce for good. Rocking chairs on a porch do not figure prominently in the average baby boomer’s mental image of retirement. Rather, boomer retirees have time and energy to dream and scheme their way to realizing new possibilities for themselves and their loved ones.

The financial imperative of having to stretch retirement savings dollars will spur many boomers to find creative ways to secure the kind of retirement lifestyle they want to have. Many of us have a fairly good idea of the types of hobbies or avocations we would like to pursue once we retire. Unlike prior generations of workers who worked long hours and did not have much time or opportunity for anything else except work during their working careers, boomers pursue satisfying careers and also have the opportunity to develop interests outside of work.

When the big R-Day rolls around, the retirement card we give our friends should be celebratory, reminding them that the world is wide and that they now have the luxury of examining many different options for their golden years. With the advent of easy to use publishing software, with a little time and creativity you can create distinctive retirement cards for your friends and family.

Using inexpensive publishing software available in any office supply store you can create interesting booklet-style retirement cards. It’s a good idea to make extra copies of the card in case any of the retirement party guests want to take one home. Adding a “Keep in Touch” blank page or two at the back of the card allows party guests signing the card to add their names and home emails.

It’s easy to create a very thoughtful retirement card. And with easily accessible desktop technology, it’s also easy to personalize the card and make it something your retiree will cherish.